War, war never changes; well, unless you’re adding tanks, airplanes, chemical warfare and a whole lot of other technological advances to the repertoire of death on a massive scale for the first time.  The “War to End All Wars” or World War One as it is known to us today was a brutal conflict driven by a complex web of those permanent alliances, Mr. Freedom himself, George Washington, warned against.  The Battlefield series is generally looked at as a multiplayer FPS with a story mode that typically feels like an afterthought and played mostly as a way to get used to the controls and game mechanics.  It is in the storytelling mechanics in single player mode that Battlefield One shines without sacrificing anything in the multiplayer arena.

The opening cinematic is short and to the point; it at least makes you feel something no matter how connected or not you are to the visceral reality of war.  It connects on an emotional level, but no video game will ever able to achieve true immersion due to lack of full sensory virtualization (for example, smell).  It does, however, hit you in the gut using simple white text on a black background with very straight forward statements on the impact of war.  It’s also quite a trip to realize that World War I took place over 100 years ago.  Those born after the 70s have enjoyed being largely disconnected from war unless they or their immediate family or friends have been in the military.  The introduction really helps set the tone and the pace for the rest of the single player experience.  Battlefield is known for being largely multiplayer, but the single player feels like something special.  It’s one of those “artful” moments like Bio Shock where the storytelling mechanics are well done and hook you almost immediately.

The game also opens with calibration for brightness, which has become pretty standard, but it also has an audio calibration system that is a welcome feature.  I can’t remember how many times I’m sitting in voice comms shouting at everyone that I can’t hear them because I just fired up a game and the audio is making my ears bleed.

The tutorial for the game operates as a series of single player scenes does a good job of functioning as a storytelling mechanic exposing you to the various features of the game.  It also continues to highlight the utter futility of World War I introducing new weapons of war while both sides desperately attempt to employ massed infantry maneuvers.  One moment you’re leading the charge at the head of a mass of armor and infantry, the next you’re overextended as you become the next target.

The loading screens for each mission start hit you with statements and statistics that highlight the continuing narrative of how ill-prepared each of the nations were for this war.  It continues to provide something for history buffs and the military crowd because many veterans will be able to relate to the ups and downs that come with service.

Being Air Force, I was pretty pumped about the airplane features, but this is where some of the disappointment set in.  Battlefield has always had that feeling of being too arcade-like versus something like the Arma series, but it then again, the UI and overall smooth gameplay has one upped those other more realistic games.  The aircraft are of course limited in the “assisted” flight mechanics, being free flight and not on rails, but limited in the full control over the flaps and ailerons of the airplane moving in response to the mouse cursor.  The campaign itself is fun and the scenarios made me forget about some of the flight control issues, but this is an FPS, not a flight simulator.  Those looking for flight simulator mechanics will be disappointed, but to adopt one of the most uttered military phrases, “it is what it is.”  The weapons in the game consist of a solid variety, but will again feel arcade-like, which, again I will simply state that, “it is what it is.”  It is not a full on military simulator, but an FPS; those looking to scratch that deep military simulation game itch will not find satisfaction here, but the game does have a lot of great visuals and plays very well.  The game feels very polished and smooth.

Single player mode isn’t the only area that got some love in this rendition; Multiplayer has some pretty cool additions with Operations being the first thing that springs to mind.  Operations are a series of missions that are the closest thing we’ll probably see to territorial conquest in Battlefield.  The assaulting force has several chances to take a map from the defender.  If they cannot establish a beachhead within those set amount of opportunities, then the defenders win.  On the other hand, victory by the attackers advances the map to the next in the series.  I’m anticipating that this feature will add more depth and hold more interest in the game longterm because it will lend itself to organized clans who can fight it out in more than just a series of single, disconnected matches.

Overall, the game looks beautiful with a wide range of performance settings as well as the option to enable DirectX 12.  Multiplayer will feel familiar to those who already enjoy what the series does best, but it also offers new ways to customize and level up your character.  Collecting weapons and other items with the option to turn them into currency will add more depth to the “gear grind” that other games seem to hook players with these days.  The CO for MilitaryGamers.com, Wilson, has a simple metric that he uses to determine whether or not a game is worth it.  Yes, boys and girls, this is what the Marine Corps will do to you; refine you into a cold, calculating killing machine that can take something like the question of whether or not a game is worth buying and turn it into an objective scale.  If a game can keep his interest at a rate of $1 an hour then it’s considered a win.  In Battlefield One’s case, I believe we have a winner.  The single player campaign alone has enough staying power to make up a majority of that time.  Add in the extra hours from multiplayer and I believe that DICE has achieved a game that many will enjoy for many different reasons.

Overall I give Battlefield One a 5 out of 5 stars rating.  I believe this will be one of the highest quality titles to release this year.  Enjoy your MilitaryGamers.com rating, Battlefield One. 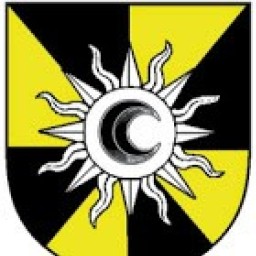 Brandon SivretBrandon keeps himself busy and entertained by coming up with the next project for Silver Sun Systems to tackle which includes Military Gamer Supply, Silver Sun Republic and a whole lot of other seemingly random pieces that are all part of the master plan!
Posted in:
Do You Even Strategy, Bro?, Product Review
Leave a Reply Cancel reply